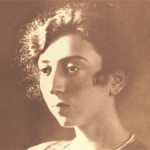 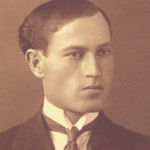 David Rosenmann-Taub is born May 3 in Santiago de Chile to Manuel Rosenmann and Dora Taub, émigrés from Poland. A precocious child, he begins to read at one and a half. His father, a polyglot and a reader of great critical intelligence, will introduce him to world literature. His mother, a consummate pianist, starts teaching him piano when he is two. He writes his first poems at three, and by the age of seven he knows himself to be a poet. His parents, aware of his exceptional gift, support his vocation. At nine, he takes on his first piano student.

Attends the Colegio Europeo and the Liceo de Aplicación. Writes poetry daily. In his early teens, he conceives El Adolescente (The Adolescent) and the first volume of Cortejo y Epinicio (Cortege and Epinicion). He composes parts of both works during recess periods at school.

Pursues his musical education. Studies piano with Roberto Duncker, who urges him to become a concert pianist. Studies musical methodology with Carlos Isamitt, rhythm with Andrée Haas (a pupil of Dalcroze), and composition, counterpoint and fugue with the composer Pedro Humberto Allende, who encourages him to devote himself full-time to composition. 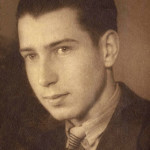 Impressed by his talent, the writer Luis Merino Reyes introduces him to the Sindicato de Escritores de Chile (the Writers' Guild of Chile.) The poet Antonio de Undurraga, secretary of the Sindicato, asks to see something he has written. He gives Undurraga the manuscript of a first version of his long poem El Adolescente, composed in 1941, at fourteen. Undurraga eventually surprises the poet with a copy of the new literary magazine Caballo de Fuego, in which he has had the poem published. “This is what I think of your poem,” he tells Rosenmann-Taub.

Studies Spanish at the Instituto Pedagógico of the University of Chile, from which he will obtain the title of Professor of Spanish. Also takes courses in botany, astronomy, anatomy, English, French, Portuguese, stylistics, aesthetics, and art. These studies will form part of a vast erudition acquired through a lifelong practice of concentrated reading in several languages and disciplines. He contributes to the upkeep of the household by giving private lessons in piano, grammar, and literature.

Enters the manuscript of Volume One of Cortejo y Epinicio in a contest sponsored by the Sindicato de Escritores; wins the coveted prize for poetry.

Arturo Soria, a refugee from Spain who has founded the prestigious Chilean publishing house Cruz del Sur, publishes Volume One of Cortejo y Epinicio. The book receives wide acclaim in the press, including a reputation-making review in the country's largest-circulation newspaper, El Mercurio, from Alone, the leading critic of Chile.
Rosenmann-Taub records a number of poems for El Archivo de la Palabra (The Archive of the Word), a series of author recordings produced by Soria. A radio broadcast of the recording triggers so much interest that every copy sells out in one day. 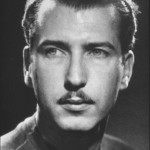 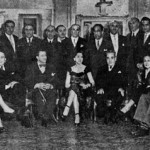 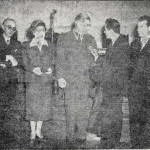 La Enredadera del Júbilo (The Vine of Jubilance) is published in the magazine Atenea and then in book form by Cruz del Sur. 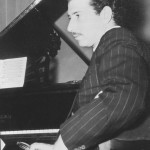 During this period, although he writes steadily, he publishes only one small volume, in 1962: Cuaderno de Poesía (Notebook of Poetry) (Taller Edition 99). His publisher, Arturo Soria, returns to Spain, shutting down his operation in Chile. The poet's father falls into financial difficulties. From morning till night Rosenmann-Taub gives private lessons to support his extended family, and then stays up writing poetry into the small hours. 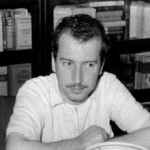 Meets the novelist Witold Gombrowicz, who expresses his admiration for Cortejo y Epinicio. 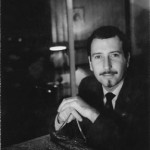 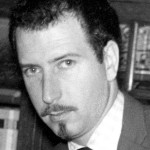 Many of Rosenmann-Taub's possessions are stolen, including over five thousand pages of his poetry in manuscript.

A military coup topples the government of Salvador Allende. 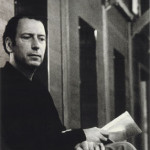 In Buenos Aires meets the writer Victoria Ocampo, who reacts enthusiastically to the manuscript of El Cielo en la Fuente (The Sky in the Fountain). 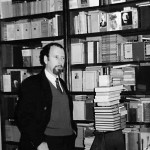 Travels in South America and Europe on a grant from the Oriental Studies Foundation. Writes Ajorca de Europa (Anklet of Europe) (unpublished).

Under the sponsorship of the Oriental Studies Foundation, gives lectures in New York City on his poetry and on San Juan de la Cruz, Sor Juana Inés de la Cruz, Monet, Vermeer, Beethoven, Ravel and Albéniz, among others.

El Cielo en la Fuente (The Sky in the Fountain) published by Esteoeste.

Los Despojos del Sol: Ananda Segunda (The Remains of the Sun: Second Ananda) and the second edition of Volume One of Cortejo y Epinicio published by Esteoeste.
Meets Nahúm Kamenetzky, who, in his late seventies, works as a delivery boy for the printer of Rosenmann-Taub's books. Discovers that Kamenetzky has kept numerous notebooks of aphorisms, whose veracity the poet finds striking; collaborating with Kamenetzky, he begins to turn some of these into the book Al Rey Su Trono (To the King His Throne). 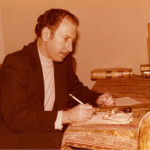 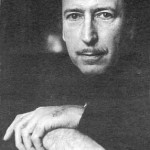 Receives a grant from the Oriental Studies Foundation.

Al Rey Su Trono (To the King His Throne) published by Esteoeste in Santiago, with illustrations by the poet. 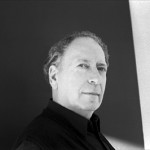 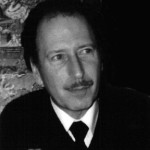 Settles in the United States. Dedicates himself to his artistic activities while giving private lessons in literature, music and art. Records a number of his own piano compositions, including Abecechedario (Alphabet Book), Morir Para Nacer (To Die in order to Live), and Fuegos Naturales (Natural Fires).

Assembles lifetime collection of his own drawings, including the series Alarde (Boast) and La Bofetada (The Slap). Continues to draw.

Writes prolifically. Revises the second, third and fourth volumes of Cortejo y Epinicio, La Mañana Eterna, and the twelve volumes of Los Despojos del Sol. Prepares an edition of El Cielo en la Fuente with commentaries by himself, as well as a book of commentaries on a selection of his poems, for which English and French translations are under way. His poetic works, in their entirety, will amount to more than forty volumes. 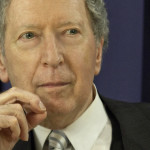 In 2002 LOM Ediciones publishes a new edition of Cortejo y Epinicio (Volume I); in 2003, El Mensajero (The Messenger), Volume II of Cortejo y Epinicio; in 2004 El Cielo en la Fuente/La Mañana Eterna (The Sky in the Fountain/The Eternal Morning, in one volume) and País Más Allá (Country Beyond); in 2005, Poesiectomía (Poetryectomy); in 2006, Los Despojos del Sol, Anandas I and II (The Remains of the Sun); the same year: En un lugar de la Sangre (In a place of the Blood) published by Mandora Editions, which includes a DVD and a CD; in 2007,  Auge (Acme); in 2008, Quince (Fifteen), a book of commentaries by the author on fifteen of his poems, with a CD of him reading the poems; in 2011, La Opción (The Option), Volume III of Cortejo y Epinicio; in 2013, La Noche Antes (The Night Before), Volume IV of the tetralogy Cortejo y Epinicio; this same year, publication of the fourth edition of the first volume of the tetralogy, under the name of El Zócalo; the four volumes are also now available as a boxed set; in 2014, Los Surcos Inundados (The Flooded Furrows); in 2015, Oó,o, published by Editorial Pre-Textos; in 2016, Trébol de Nueve (Nine-leaf Clover), published by LOM Ediciones; in 2017, Alm-ería, published by Editorial Pre-Textos; in 2018, Jornadas, published by LOM Ediciones. 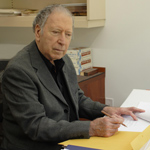 Translations of his work and anthologies: