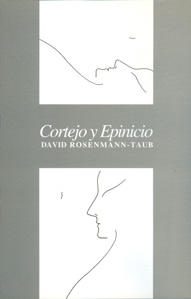 This out-of-print edition has been replaced in April 2013 by a new edition, revised by the author, and published under the title El Zócalo. It is the first volume of the tetralogy Cortejo y Epinicio.

By virtue of its authenticity, mastery, and lyricism, it is a fundamental work of any place and of every time. The first edition was published in 1949. This third edition has been so thoroughly revised that it can be read as an absolutely new book.

"With me, every poem has its score."
Interview by Beatriz Berger

Republication of Cortejo y Epinicio: Between the Earth and the Sky
by Cristóbal Solari