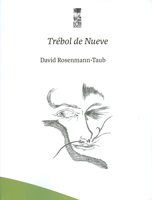 Listen to the Poet

Each of the poem's twelve chapters has a coda played on the bongo by the author.

* An abstract noun coined by the poet along the lines of "ciencia" or "filosofía." Derived from the prefix orto (straight, upright) and cráneo (cranium), ortocránea means correctly applied intelligence. Not to be confused with the adjective "ortocráneo," a technical term used in anthropology.